MedicareCompareUSA helps Medicare beneficiaries select a health plan that is accepted by their existing hospital and doctors, thus assuring continuity of care and preserving the trusted relationships many providers have built up over time with their patients. Not owned or managed by any Medicare insurance company, MedicareCompareUSA’s mission is to provide seniors the unbiased information they need while simplifying the enrollment process. Kevin/Ross was engaged to help MedicareCompareUSA enhance its brand, grow its name recognition and help position both its Medicare helpline and other consulting services as an indispensable part of a hospital’s or physician group’s proactive patient-communication and population-management strategy. 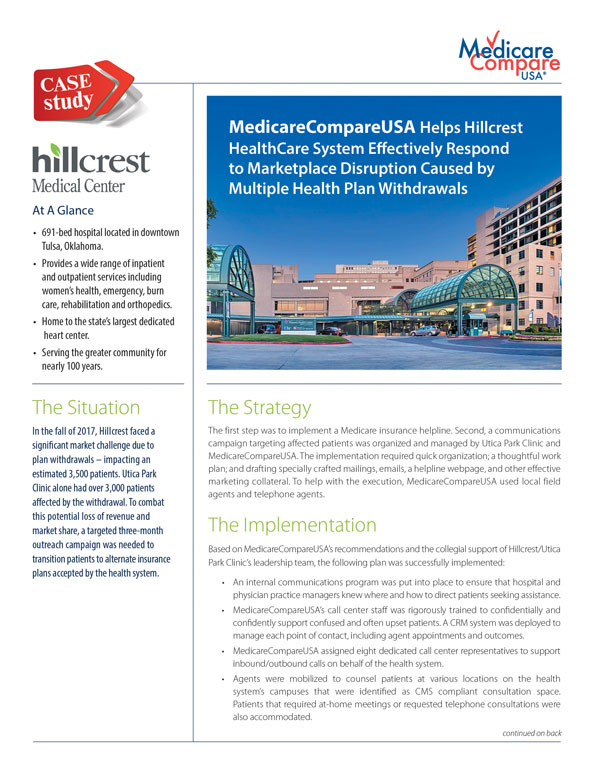